Artist, sculptor and ceramist. Born in Carbonia in 1975, he studied at the Carlo Contini Institute of Art in Oristano, founded in 1925 by the sculptor Francesco Ciusa. He began his university studies, which he left to devote himself to ceramics: from 2002 to 2016 he designed and created objects for B&B Italia. In the same years he also held lessons and workshops on the design of ceramic objects at the Faculty of Architecture in Florence. His main exhibitions include the personal Un Bosco di Alberi Bianchi, curated by Cristiana Collu, Museo Man, Nuoro 2008, Temporary City, curated by Paola Mura and Efisio Carbone, Center for Art and Culture il Ghetto, Cagliari 2018, the collective On Flower Power, curated by Martì Guixè, National Gallery of Modern Art, Rome 2019. From November 2019 to November 2020 site specific installation MEGALòPOLIS, curated by Baingio Cuccu and Paola Mura at NURAGHE LOSA – Abbasanta. His installation Un Bosco di Alberi Bianchi won the international prize “Un Bosco per Kyoto” in 2015 and is on permanent display at the EA Museum Martel – PAS of Carbonia. His work Temporary City has been selected for the 2019 Ceramic Art Biennial at the Cluj Museum in Romania, where it is currently on display. His sculptures are part of prestigious private, national and international collections. Filia works in Olbia in his studio, and in San Pantaleo (Costa Smeralda) , in his Personal Gallery. 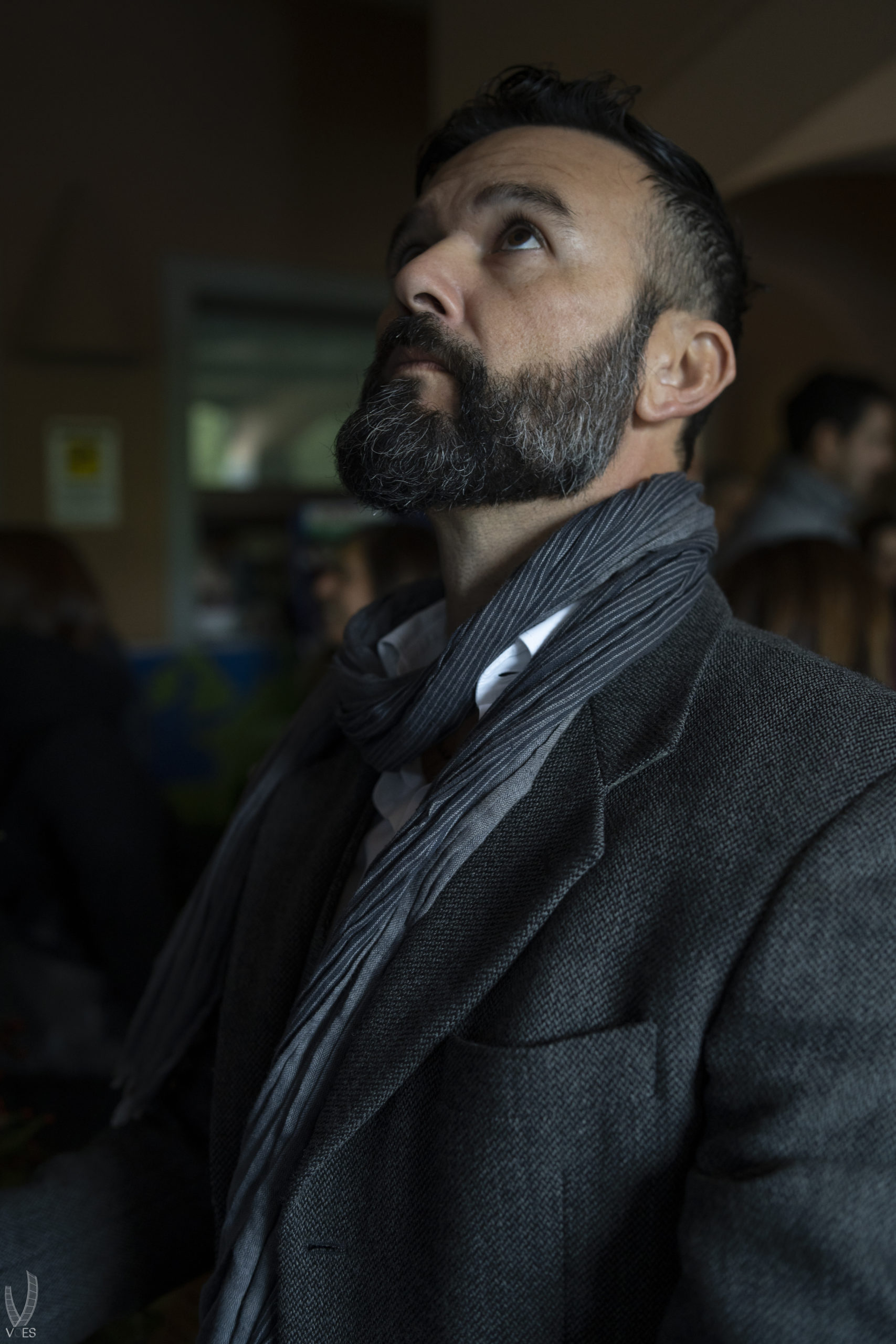 In 1996 leaves the faculty of foreign languages and takes on a course of clay creation and design in Oristano, where he graduates with full marks.

In 2002 and 2005 The Regional Council of Sardina acknowledges his talent and orders a collection of exclusive pieces and, some years after, an interpretation of the Holy Nativity.

In 2002 collective exibition in S.Michelle Teatre in Bruxelles.

From 2001 to 2018 has created collections of ceramic objects for B&B Italia and thanks to the sales network has exported ceramics all over the world.

In 2008, at Museo Man in Nuoro with the installation “A Forest of White Trees”, exoposed with Anthological of Marc Cagalle, he obtains is first succes.

In 2015 he win the international prize “A forest for Kyoto 2015” , and received the trophy at the Campidoglio in Rome, in the prestigious Promototeca Hall.

In summer 2015 he opens the Nicola Filia art gallery in San Pantaleo.

From July to september 2019 – Exibition “On Flower Power” at Galleria Nazionale di Roma.

December 2020 was selected by Fondazione Maria Lai for open call for Artists, curated by Davide Mariani in collaboration with Stefano Boeri, with the sculpture “la Frana”.